By Skyler J. Collins February 21, 2009
Ronald Baily wrote an interesting article about the question of what rights should be given to neanderthals if they are ever brought back to life through cloning, which could be a possibility, at Reason.com. An excerpt:

Unlike the characters portrayed in Jean Auel's novel The Clan of the Cave Bear, newly resurrected Neanderthals are unlikely to be in the grip of hereditary memories, but they might still have significant intellectual and behavioral differences from us. For instance, they might express a different range of emotions or lack mathematical reasoning skills. The rights they would be accorded would depend on those differences. We do, after all, limit the rights and responsibilities of children and of people whose intellectual deficits make it difficult for them to tell right from wrong. On the other hand, we also have a greater duty to take care of children and adults with diminished mental and moral capacities.

So what if we bring back Neanderthals and it turns out that their intellectual capacities are so dissimilar from ours that they cannot cope successfully with modern life? Should we control their fertility so that they go extinct again? This comes uncomfortably close to the eugenic arguments used to justify sterilizing people who were deemed mentally defective in the 20th century. Or perhaps Neanderthals could be placed in reservations where they would be allowed to develop without further interference from modern humans. Would this be akin to confining them to a zoo? 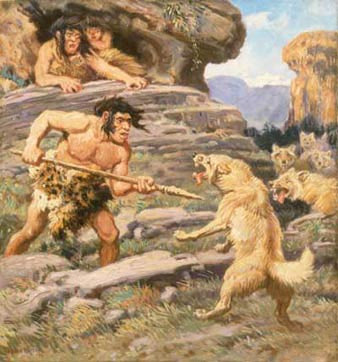